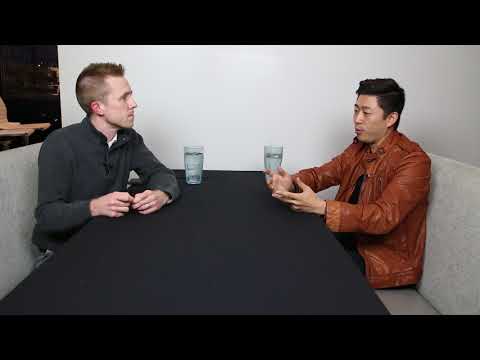 Beyond the Spotlight - Hinode

Within its first four years, Hinode Japanese Steakhouse already had been through two sets of owners, and in 2005 it changed hands again. But the new owners had plans to make the concept last.

Father-and-son David and Cosmo Kwon moved across the country to purchase and operate Hinode, after buying and running a Korean barbecue in Orange County, California, for two years. The first thing that had to change was the business’ stuffy reputation.

“It was more of a fine-dining restaurant,” Cosmo Kwon says of the business purchased from Cecilia Jung. “What we did, after 2005, was try to make it more accessible to the mass public. We wanted it to be a place that families could come to, without having to worry about the noise that the kids are making or dropping food on the ground. … We’ll clean up. That’s why we have staff.”

The change in culture had an immediate effect, he says, along with increasing meal portions.

“We saw a big spike in the number of families that started bringing their kids,” Kwon says, noting the entertaining food presentations have increased popularity for children’s birthday celebrations.

The restaurant, in the Aundria Plaza at 4301 S. National Ave., specializes in Japanese teppanyaki grilled food, aka hibachi. Guests sit at U-shaped tables, around a large flatiron grill and watch a specially trained chef prepare fried rice, noodles, veggies and meats with flair.

“You’re getting your food cooked on the grill in front of you,” Kwon says. “And you have a little show.”

In addition to the change in target market, Kwon also bucked another long-held tradition, by allowing people without Asian ancestry to work the grills. He balked at a negative review someone gave Hinode for having a non-Asian chef.

“If you enjoy this type of cuisine – and you’re willing to put your time into it, to learn, and respect the food – I don’t care what race you are,” he says. “I want you to experience and be part of the team.”

Growing ambitions
The 300-seat restaurant has been profitable over the past 12 years, Kwon says, declining to disclose revenues but noting the staff has grown to 55 employees from 20.

“Through all the recessions, we have never had a dip in our sales,” he says.

This year, Kwon decided to expand, partnering with his cousin Phillip Kwon to open a hibachi grill in Nixa. It opened in April and employs an additional 25.

To make the new location a reality, Kwon says he invested $500,000 combining three units of Crossroads Center at 129 N. Massey Blvd. – marking the first time the entrepreneur has dealt with the demands of a construction project and managing the two restaurants.

“I’m a young dad. I thought I knew what it was to be a dad whenever I had one kid. Being a parent with two – completely different. And that’s kind of how we felt. We knew how to run the business with one location; two – completely different,” he says, adding his aim is for consistency between the two eateries. “Every day we’re still learning. We’re not perfect, but we’re trying to get there. I think it’s been a great ride.”

The new restaurant is smaller, with 10 grills instead of 17 and a capacity of 170. A new feature in Nixa is a section of regular dining tables.

“It’s for people who want more of an intimate dining experience,” Kwon says. “They’ve done the hibachi grill, they’ve heard the jokes; they’ve seen the onion volcano over and over.”

Kwon is warming up to social media and digital marketing, hiring Ben Bagwell as the first marketing director three months ago.

“The biggest thing is to get feedback for what we’re doing right and what we’re not,” Kwon says.

Beyond hibachi
Hinode’s expansion also came with the adoption of a corporate office in Springfield and the addition of a catering service. And another concept is just over the horizon.

“We’ve been doing it for so long, that we want to venture into other different cuisines,” Kwon says.

He is partnering with his father, again, to open The Grilling Dokebi, a Korean barbeque restaurant, like the one they ran in California. They’ve purchased the vacant Ruby Tuesday building on South National Avenue.

“Korean barbeque is a very communal type of dining,” he says, noting each table will have its own grill on which guests can cook their own meats.

“It is a fun experience, because four, five, six people together, and instead of just sitting there and waiting for your food to come out, you’re actually partaking in that experience with each other,” Kwon says.

The name’s origin has significance.

Maintaining that cultural connection and the entertainment aspect is an important focus for Kwon moving forward.

“You don’t just serve them a plate without giving a background story about what they are going through,” he says. “Restaurants are a big form of entertainment here in the Ozarks, and we want to make sure that every brand, every restaurant that we’re doing offers some sort of entertainment, aside from just sitting down and eating a meal.”

No comments on this story |
Please log in to add your comment
Editors' Pick
From the Ground Up: OzAir hangar 4

This is the fourth hangar at the Springfield-Branson National Airport for OzAir Charter Service.

Derges convicted of all charges in federal trial

Bed Bath & Beyond accused of turning down AC to save money

SBJ.net Poll
Should short-term rentals be required to pay the city of Springfield's lodging tax?