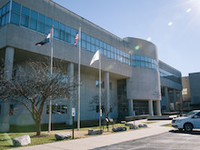 Auditor doubles down on county as MEC lacks quorum

The Missouri Ethics Commission yesterday dismissed allegations of misuse of public funds against Greene County’s commissioners and sheriff, but delivered a financial slap on the wrist to the municipal body.

The MEC ordered the county to pay a $100 fine for mislabeling who paid for push cards designed to educate residents on the county’s new half-cent general revenue sales tax. The tax was approved by voters in November.

It was the only violation cited by the MEC, which indicated there was “no reasonable grounds” to support allegations that Commissioners Bob Cirtin, Lincoln Hough and Harold Bengsch, as well as Sheriff Jim Arnott, committed the alleged acts of public misuse of funds.

The MEC investigation focused on allegations that county officials forced employees to spend work time on the Invest in Greene County Political Action Committee for the sales tax.

Missouri Auditor Nicole Galloway, who has sought permission to audit Greene County on the same grounds, said the MEC’s decision was lacking in scope. Cirtin, the county’s presiding commissioner, has eschewed Galloway’s requests in favor of the MEC investigation.

“Taxpayers are now left with more unanswered questions and are on the hook for hundreds of thousands of dollars in legal bills,” Galloway said in a news release. “The best way to ensure citizens get the answers they deserve is through an independent audit that will account for how public dollars were used and make recommendations that could prevent any future wrongdoing.”

Greene County is among those designated as first-class counties, meaning it must pass an ordinance or resolution allowing audits.