Inquiries from restaurants to find chefs and cooks come in constantly to local culinary arts programs, officials say, reflecting a challenge for the food service industry that’s existed since the early days of the COVID-19 pandemic.

The U.S. Bureau of Labor Statistics projects the need for chefs and cooks will rise 15% from 2021 to 2031, far faster than the 8% forecasted average growth rate for all occupations. However, its projections also demonstrate the need for those positions is far outpacing the number of students that can fill them.

“On a regular basis, I’m fielding calls from chefs in the industry, restaurant operators desperate for employees to work,” she said. “It’s just never- ending.”

OTC’s culinary arts program became accredited in 2003 from the American Culinary Federation and offers students hands-on learning experiences, including the opportunity to work in the college’s on-campus restaurant, Scallions. It offers an associate degree and certificate of specialization in culinary arts.

In addition to college students, high schoolers also can take many of the courses during their junior and senior years as part of OTC’s Career Center, said spokesperson Mark Miller. Gardner said the culinary arts program has around 50 students enrolled through the Career Center with another 150 post-secondary students. The program enrollment from college students has hovered around the 150 mark ever since the pandemic, she said.

“I wouldn’t be surprised over the next couple of years if we are able to increase that,” Gardner said, adding OTC promotes the program through field trips and chef demos by visiting area high schools and career centers.

Growing reputation
At College of the Ozarks, the four-year culinary arts program is on the grow, said Robert Stricklin, executive chef of The Keeter Center.

Stricklin, who also is an assistant professor of culinary arts, was brought on to the Point Lookout campus 15 years ago to help launch the program, which like OTC’s, is accredited by the ACF. He said the program has 65 students among its college enrolment of roughly 1,500. That’s up from the pre-pandemic enrollment for culinary arts of 55 in 2019, he said, adding there were about 10 students when he started the program in 2007.

“Our reputation for the program and the reputation of the students and college in general has certainly grown over the years,” he said.

Of this year’s newcomers to the program, he said 14 freshmen already have declared culinary arts as their major. A more typical number is six to eight, he said, noting at least 80% of the new students already have experience working in a restaurant.

“I know the industry as a whole is in desperate need of chefs and cooks,” he said. “So, maybe young people are realizing that it has a rising future.”

C of O’s culinary arts program covers all aspects of being a chef and hospitality management, Stricklin said. The school also offers a hotel restaurant management program, so many students pursue a double major or major in one and minor in the other.

“We cover everything from baking, meat cutting and butchering to ice carving,” he said of the culinary arts program.

Students also work in Dobyns Dining Room inside The Keeter Center, which Stricklin noted as the largest workstation on campus.

“In the kitchen, for example, we have 120 students that work there. But in our entire program, we only have 65 students,” he said. “The majority of the students that work at The Keeter Center for their work credit are English majors, elementary ed majors and just a variety of different majors. This just happens to be the workstation they’re assigned to.”

At OTC’s Scallions, which is only open once a week, roughly 25 students work in the restaurant. There’s a back of the house class in charge of putting the menu together with the chef and a line crew to produce the food for it. The second class handles dining room management, working as servers and managers in the front of the house to interact with guests.

“That’s all part of what we bring to them in the training aspect,” Gardner said.

Students in the program who want to work in the restaurant industry can do so, she said.

“There’s just more demand than there are employees to provide to operators right now,” Gardner said.

Making a move
Allen Willoughby knows that problem all too well.

The owner of Big Al’s Subs in Nixa is in the midst of combining locations for it and his other venture, Big Al’s Crab Shack. The seafood restaurant opened in April 2021 at 502 N. Third St. in Ozark. It’s now temporarily shuttered as it moves to shared space with Big Al’s Subs at 420 N. Main St. in Nixa.

While declining to disclose revenue, Willoughby said the move has nothing to do with sales.

“Due to staffing issues, I’ve been probably for the last three months trying to hire a manager and just enough help to make it go,” he said of the Ozark restaurant. “It’s just been a big challenge to find people who will even apply and then actually show up.”

For months, he sent staff from Big Al’s Subs to cover shifts at the seafood eatery. The staff size will be 13 between the two eateries in Nixa.

“It was just too hard to manage both locations. So, I made the decision to close that location and move everything here under one roof,” he said.

Willoughby ordered a mobile kitchen trailer to do all the cooking for Big Al’s Crab Shack that allows the kitchens of the two eateries to remain separate. He estimates he’s invested $30,000 in equipment and relocation costs.

Willoughby said he plans to have Big Al’s Crab Shack reopen before mid-month, adding the sub shop remains in operation.

‘Have that passion’
Stricklin said low pay always has been a problem in the restaurant industry, but the pandemic forced many to reexamine that issue. According to BLS data, the median annual wage for chefs and head cooks in 2021 was $50,160 in the U.S. and $52,790 in Missouri.

“The industry as a whole has been lagging behind for years,” he said. “It’s always been an underpaid and overworked occupation.”

Still, he and Gardner, who have dedicated most of their careers to teaching students to enter the industry, believe it’s still a career path worth pursuing.

“But we’re still continuing to stay the course, meeting with our students and sharing our passion for the industry,” she said. “For the students that really want that creative ability to work with food and interact with customers, this is just an ideal career for them.” 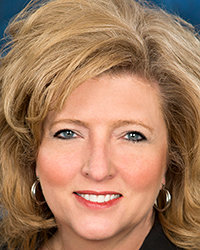 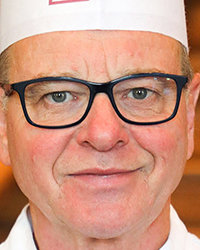 Robert Stricklin: Student interest in culinary arts is up at College of the Ozarks.
More from SBJ Daily Update

Business of the Arts: Arts community is outgrowing The Creamery

Business Spotlight: Always on the Go

Open for Business: Leveled Up Loot

From the Ground Up: Element by Westin